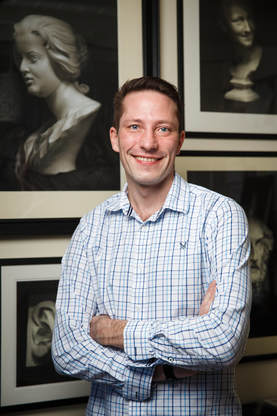 I am a British artist, born in the Cotswolds and living in West Sussex.  From an early age I developed an admiration for the discipline and creativity of the great painters.

After completing my school education, I studied at the University of Birmingham and the University of the West of England, which led to a professional career in law. Having previously studied art at A-level, I continued drawing and painting for enjoyment during this time, eventually deciding to seek out serious training and to follow a career as an artist.

In virtually all mainstream art schools, the tradition of drawing and painting from life has died out. However, a number of private institutions in Europe and the United States are seeking to connect with a classical lineage stretching back to the academies of 19th Century Europe. These institutions, which investigate the methods and practices of traditional fine art and disseminate them through an exacting programme of academic studio exercises, have captured the imagination of a small but growing number of artists. These artists are now using those methods to create contemporary representational art of the highest quality.

For my part, I have studied at the Sarum Studio (under Nicholas Beer, formerly the senior tutor at the Charles H Cecil Studio, Florence) and at the London Atelier of Representational Art. In 2016 the Queen Elizabeth Scholarship Trust awarded me the Siegmund Warburg Scholarship to continue my studies in painting.